Nonne Do It Better 2

A fun contest focused on the cooking flair of Italian grandmas, because 'Nonne Do It Better'. A well-deserved tribute to the most appreciated chefs in Italy: grandmas.

The activation invited grandchildren to participate in the competition with a short video of their grandma cooking her best recipe.

The best grandmas were visited at home by Chef Rubio, the brand testimonial, former rugby player now turned chef, to become the protagonists of a branded web video series named "Nonne Do It Better” in 6 episodes.

Due to the success of the format, in 2016 we launched the second edition of the web series. In order to leverage the hype of EURO 2016 we involved as protagonists together with Chef Rubio the grandmas of famous players of the Italian national team.  

In each episode Chef Rubio was invited for lunch by the grandma of a player and talked with her revealing new facts and anecdotes about their professional and personal histories with a focus on food experiences and preferences. 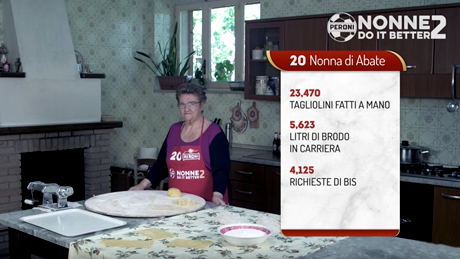 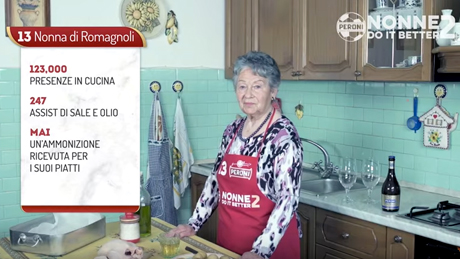 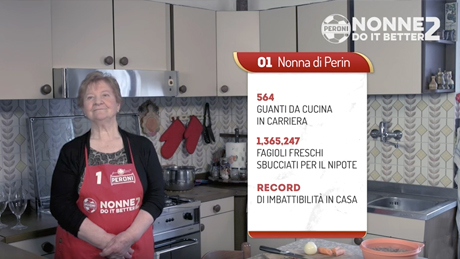