The UNO® card game Promotion Campaign project involved working on multiple marketing touch points: from the strategic objectives, to the creative concept, the promotion mechanics and the design of all the retail and digital assets.

For 2019 xister ideated the Mattel UNO® card game Promotion Campaign for CPW Nestlé & General breakfast cereal brands. UNO® is the World’s Number One card game with over 10 million UNO™ decks sold each year. Everyone loves playing UNO® - kids, teens, adults - and this is the main reason xister worked on the overarching creative concept "UNO FOR ALL, ALL FOR UNO": a creative adaptation of the famous quote “One for all, and all for one”, a universal motto and catch-phrase, synonymous with unification and reciprocal empathy of a family that spends quality time together playing UNO® or that gathers around a table to have breakfast with Nestlé cereals. Starting from this concept, xister brought the promo to life with two mechanics: everyone is a winner with a free UNO® mini set of travel cards, printed on the back of cereal packs that can be cut out and used to play the game; a digital sweepstake that gives the chance to win a UNO® game extension and a one-of-a kind vacation for all the family.

xister designed the Packaging, the Point of Sales materials, the Website content as well as engaging social assets for both mechanics: an array of materials featuring a color palette that takes inspiration from the UNO® game cards branding suite and all the texts are clearly are rendered with an impactful range of fonts.

The promotion will run in 2019 in over 50 countries all over the world. 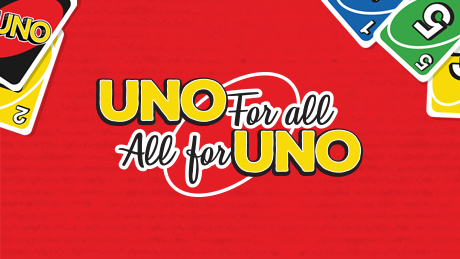 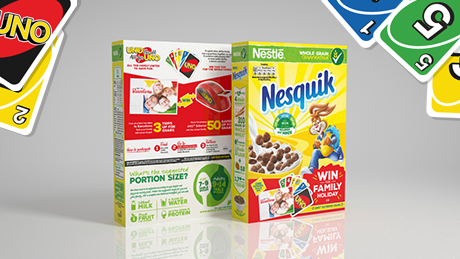 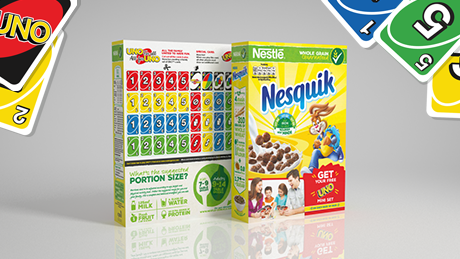 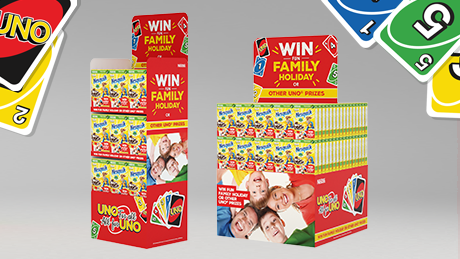 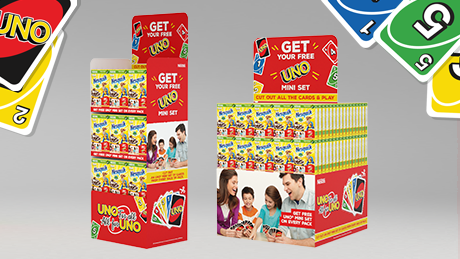 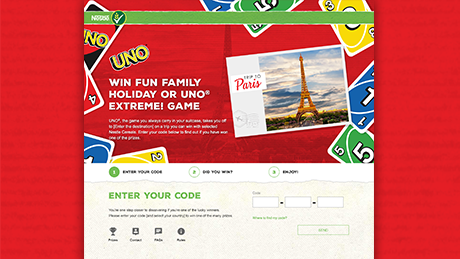 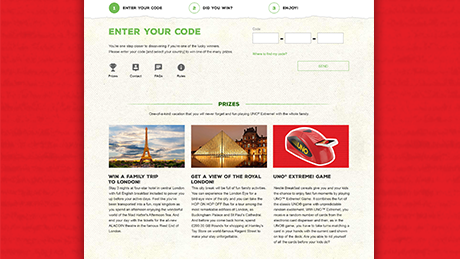 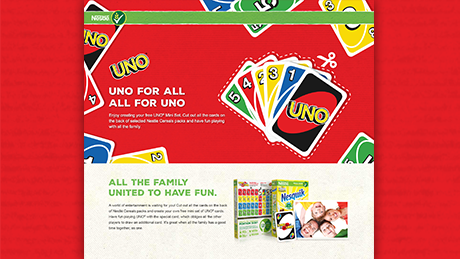 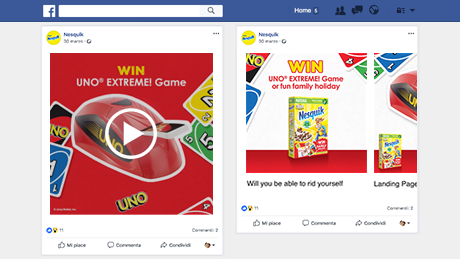 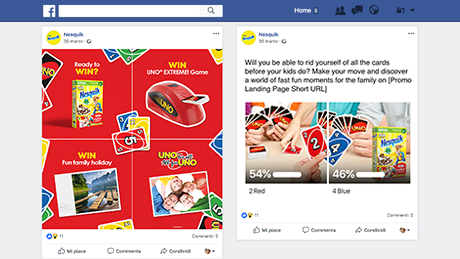