A bloody viral tool to promote a competition about the tv serial Dexter.

The bloody messenger allowed users to create and send bloody written messages. A viral tool that helped creating buzz about the serial and promoted a competition. Several questions to develop an investigation about dexter and show the first images from the new episodes, allowed to win “bloody prizes” such as a red iPod or the videogame “Unsolved Crimes”. 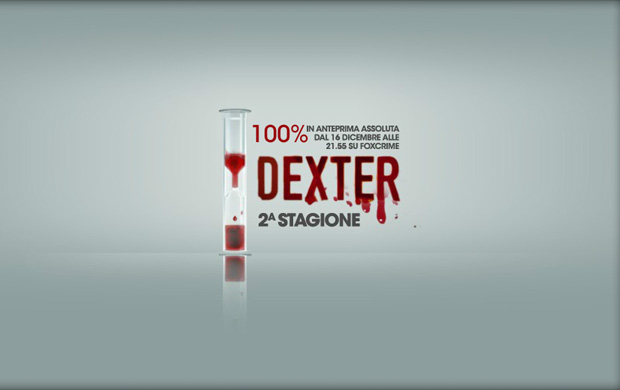 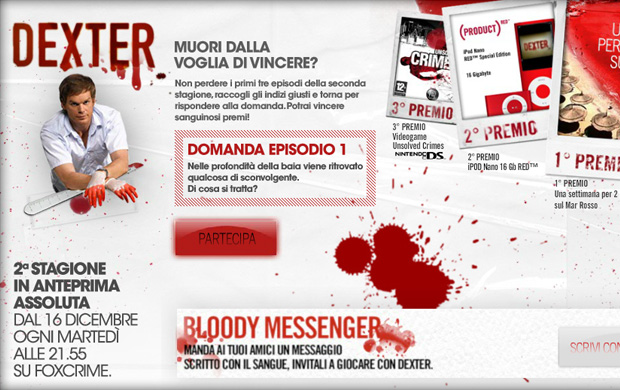 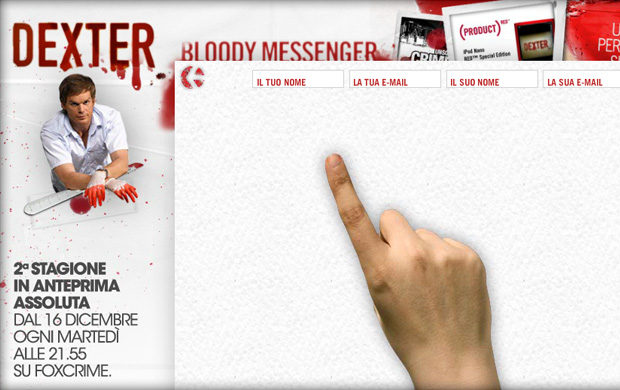